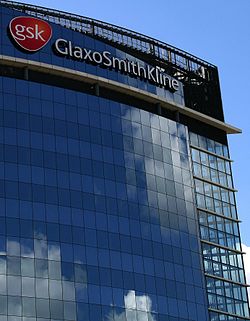 GlaxoSmithKline announced the US Food and Drug Administration (FDA) approved the company’s supplemental New Drug Application (sNDA) for Zejula (niraparib), an oral, once-daily poly (ADP-ribose) polymerase (PARP) inhibitor, as a monotherapy maintenance treatment for women with advanced epithelial ovarian, fallopian tube, or primary peritoneal cancer who are in a complete or partial response to first-line platinum-based chemotherapy, regardless of biomarker status. Until now, only 20% of women with ovarian cancer, those with a BRCA mutation (BRCAm), were eligible to be treated with a PARP inhibitor as monotherapy in the first-line maintenance setting.

Dr Hal Barron, chief scientific officer and president R&D, GSK, said, “Women with advanced ovarian cancer have a five-year survival rate of less than 50%. This expanded indication means that many more women with this devastating disease can receive earlier treatment with Zejula, which can extend the time it takes for their cancer to progress.”

Zejula is the only once-daily PARP inhibitor approved in the US as monotherapy for women with advanced ovarian cancer beyond those with BRCAm disease in the first-line and recurrent maintenance treatment settings, as well as late-line primary treatment settings.

This new indication is supported by data from the phase III PRIMA study (ENGOT-OV26/GOG-3012), which enrolled patients with newly diagnosed advanced ovarian cancer following a complete or partial response to platinum-based chemotherapy regardless of biomarker status. The PRIMA study enrolled women who had higher risk of disease progression, a population with high unmet needs and limited treatment options.

Dr Bradley Monk, PRIMA investigator, US Oncology, University of Arizona College of Medicine, Phoenix Creighton University School of Medicine at St. Joseph’s Hospital Phoenix, said, “PRIMA was designed for patients with ovarian cancer who have a high unmet need. The positive data observed regardless of biomarker status in this study is extremely encouraging and suggests benefit beyond the BRCAm population. This approval is an important step forward in the treatment of ovarian cancer. In my opinion, maintenance treatment with niraparib should be considered an option for appropriate patients who responded to first-line platinum-based chemotherapy versus active surveillance.”

Zejula’s safety profile, as demonstrated by the PRIMA results, was consistent with clinical trial experience. The most common grade 3 or higher adverse events with Zejula included thrombocytopenia (39%), anaemia (31%) and neutropenia (21%).

“It’s so important for patients with ovarian cancer to have treatment options, and this approval is positive news for our community,” said Audra Moran, President and CEO, Ovarian Cancer Research Alliance. “PARP inhibitors represent a major advancement in the fight against ovarian cancer, and having a new first-line maintenance option for platinum-responsive advanced ovarian cancer patients — regardless of BRCA mutation status — is especially exciting. We are determined to keep funding research and partnering with scientists who are on the frontline of finding new treatments like this one to help those impacted by this disease.”

PRIMA study results were previously presented at the 2019 European Society for Medical Oncology (ESMO) Congress and published in the New England Journal of Medicine.

Zejula is not approved for use in first-line maintenance treatment outside the US.