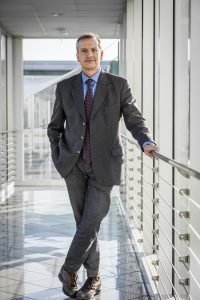 The Marchesini Group has finalized the acquisition of two new companies to boost the group’s strategy of rapid expansion. The first company is Axomatic in Settimo Milanese, Milan, a ‘made in Italy’ excellence in the packaging machinery sector, specializing in automatic equipment for the cosmetics industry, as well as pharmaceuticals and food. Alongside Dumek (already a part of Marchesini since 2017), Axomatic will further contribute to consolidating the cosmetics sector of Marchesini which is essential for the group’s growth strategy.

The second business to be acquired is V2engineering in Zola Predosa, Bologna, specializing in the production of carton machines. The V2engineering machines combine Italian manufacturing know-how and advanced technologies and will further enrich Marchesini’s offer for the end-of-line products, another key aspect in the cosmetics and pharmaceutical production chain.

Both companies will be taken over with majority shares without changing their production processes or reference partners. They will continue to manage their customers, projects and products self-sufficiently according to consolidated internal dynamics while Marchesini will be a majority shareholder and will monitor and supervise Axomatic and V2engineering’s organization and commercial activities.

The two new companies will keep their existing well-established corporate structures and continue to satisfy the requirements of cosmetic customers rapidly, efficiently and flexibly.

“We are really proud to become a part of such a giant enterprise as Marchesini. We have been working in this field for thirty years and we are proud suppliers of some of the biggest multinational enterprises of this industry. Becoming a part of Marchesini will boost our business incredibly,” said Luca Olivieri, chief executive officer of Axomatic.

Carlo Veronesi, chief executive officer of V2engineering said, “Similar to Marchesini, we started up in the Packaging Valley of Emilia-Romagna, the first productive chain in Europe of packaging machines for pharmaceuticals and cosmetics. This partnership will definitely be a great opportunity for both of us. It will strengthen our position against German competitors even further.”

“We continue to grow and we can’t stop here. With these two new acquisitions we are moving in a clear direction – that of strengthening our business even further in the cosmetic packaging sector, respecting the requirements and requests, which are often very different from those of the pharmaceutical sector. To be able to do this, we are building a 9,000 square meters factory entirely dedicated to this sector,” added Pietro Cassani, chief executive officer of Marchesini Group.

The project took off last May and work on the new beauty division began recently when the foundations were laid for the construction of offices and production facilities.

Once up and running, this division will act as a hub for the group’s cosmetics galaxy, reaching a € 50 million turnover in 2019. The latest snapshot by the Cosmetica Italia association depicts a strongly expanding business, both in Italy and around the world. In 2018, the total earnings of the Italian cosmetics industry reached € 11.2 billion, with exports worth more than 42%. The districts with most of the SMEs that supply the bustling French sector (the top market of ‘made in Italy’ products) with creams and powders are located in Emilia-Romagna and Lombardy. According to Cosmetica figures, last year the Italian cosmetics industry exported cosmetics worth € 567 million (2.9% more than the previous year) to France. This was followed by Germany and the US, with an increase of 6.9% and 21.3% in cosmetics exports, respectively.