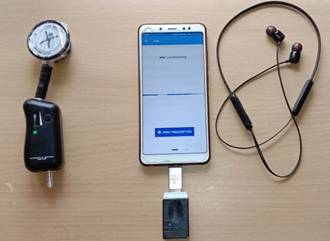 Can medical equipment be designed to keep doctors safe and cater to the unique emergency requirements of the Covid-19 crisis? Several startups supported by the Department of Science and Technology (DST) show how stethoscopes that doctors can use without touching the patient, oxygen concentrator that can help the hospitals generate their in-house oxygen, and portable and app-controlled IoT (Internet of Things) based ventilator system.

Several Indian medical device manufacturers and indigenous automation companies took up the pandemic as a challenge and came up with innovative designs of ventilators, portable respiratory aids, or devices for contactless diagnosis and monitoring of the patients.

Department of Science and Technology (DST), Government of India through its Center for Augmenting War with Covid-19 Health Crisis (CAWACH) initiative scouted, evaluated, and supported suitable ventilator, respiratory aids, and other vital medical equipment from five companies who have now taken their products to deployment stage. 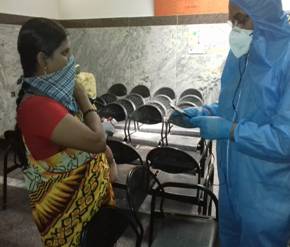 Ayu Devices incubated at Society for Innovation and Entrepreneurship (SINE), IIT Bombay in 2017 has developed a digital stethoscope that can help doctors listen to heart and lungs sounds while keeping safe from the patients. The device identifies abnormal sounds and helps diagnose patients. It is designed as a wireless module to enhance the Bluetooth range and be controlled from a distance. While existing digital stethoscope uses smartphone Bluetooth, their device works with an additional Bluetooth module to increase the data’s range and consistency. It is also fitted with filters to remove external noise for clear sound, making it usable in Indian clinical settings where there is a lot of background noise in OPDs. This has enabled doctors to listen to chest sounds while covered in PPEs, which is impossible with a conventional stethoscope. They are further scaling up the manufacturing to cater to the increasing need and have successfully commercialized the stethoscope for the telemedicine segment. 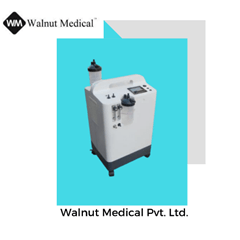 A portable Oxygen Concentrator by Ambala-based Walnut Medical helps hospitals generate oxygen in-house. According to the press statement, it is an intelligent closed-loop system that monitors oxygen level and gives enough oxygen to the patient as per the patient’s need. This is the first oxygen concentrator made in India and is fitted with automated oxygen flow technology, which will prevent patients from suffering from hyperoxia.

DST’s timely support helped them push their endeavor forward with 5liter and 10liter oxygen concentrator models and oximeter as well. Manufacturing of oxygen concentrators requires giant molds and the support helped them invest in quality molds to compete against products from Japan, the USA, and China. IIT Delhi incubation team worked with them to help the technology see the light of the day. Walnut Medical will be donating 50 Oxygen Concentrators to Government hospitals by November end and then launch the product in the market. 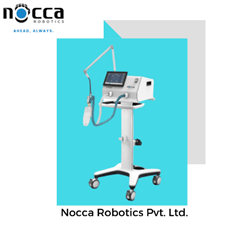 Pune-based Nocca Robotics has developed a ventilator that operates in invasive and noninvasive, pressure-controlled, and solar-powered with low wattage requirements. It works with medical airline and oxygen and ambient air and oxygen and has App-based control, and IoT enabled system. 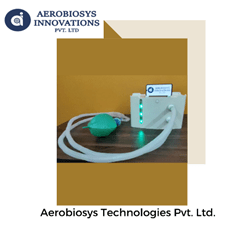 A smart ventilation system has been offered by Hyderabad based Aerobiosys Technologies. It is portable, cost-effective, IoT-enabled, and powered by lithium-ion batteries. It operates uninterrupted for 5 hours and is both invasive and noninvasive, with a smartphone app to control the device. The system displays real-time information about the breath pattern and other critical lung parameters. It can attach to an oxygen cylinder and can operate on its own in ambient air. 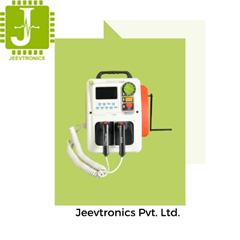 For heat diseases, Pune-based Jeevtronics has developed a device called a defibrillator that restores a normal heartbeat by sending an electric pulse or shock to the heart. It is used to prevent or correct an arrhythmia, a heartbeat that is uneven or too slow or too fast. They have developed a dual-powered defibrillator (grid + hand-cranked) and a battery-less defibrillator for sudden cardiac arrest.

SINE, IIT Bombay, is the implementation partner for the CAWACH program. The other eight incubation centers from different India and Indian STEPs and Incubators Association zones participated in the call for applications, review, and the selection process. The supporting Satellite centers are FIIT, IIT Delhi, SIIC, IIT Kanpur, HTIC, IIT Madras, Venture Centre, Pune, IKP Knowledge Park, Hyderabad, KIIT-TBI, Bhubaneswar. CAWACH Program has been steered by the National Science and Technology Entrepreneurship Development Board (NSTEDB) of DST. Dr Anita Gupta, head of NSTEDB, said, “Bringing in special flexibility and speed in providing support was critical to the timely success of startups.”

DST secretary Ashutosh Sharma added, “The present and clear challenges of Covid-19 brought an unprecedented synergy of efforts among academia, labs, startups, industry and government which allowed rapid extraordinary developments with a shared purpose. The lessons learned are being incorporated in the upcoming Science. Technology and Innovation Policy 2020.”

Resuming the growth trajectory of the packaging, food & pharma industries